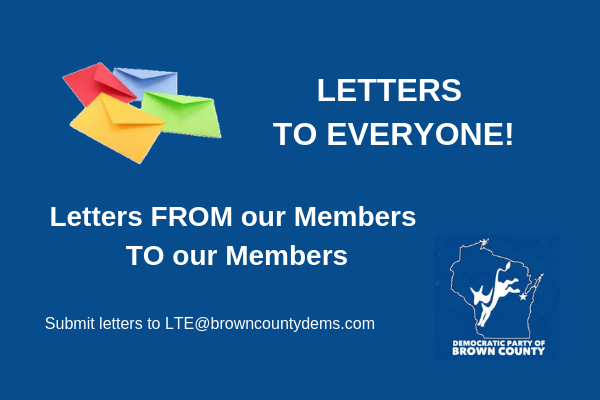 Jarrett Brown is a factory worker, activist, and voter. He resides in Green Bay, Wisconsin

In August of 2019, a lady was suspended without cause from a plant in Kansas. Later in the year, while still on suspension, she was fired. The company had absolutely no evidence of any kind that showed that the lady violated any rule, regulation, or law. She was apparently retaliated against because she organized her coworkers in the past to improve working conditions.

The labor union was not taking action on her grievance and didn’t even complete an investigation. The lady didn’t know what to do. She had heard about a guy who writes stuff about workers’ rights online so she started looking for him. It took her a while to find him because she didn’t know his name or anything about him.

The guy was me. After talking to her, I quickly realized what happened to her and I knew that she hadn’t been treated fairly. Over the next few months, I spent 100+ hours teaching her about workers’ rights, the grievance process, the union, the companies, and the government. I also translated documents and helped her compose correspondence with the labor union and company.

She prepared herself and took her case to the National Labor Relations Board. She filed Unfair Labor Practices charges against the company and the labor union.

All of a sudden, the company and the labor union wanted to resolve the situation. She settled her case after the company agreed to backpay her for approximately seven months of lost wages and return her to her position.

Before the lady called me I had never talked to her. I knew nothing about her. I helped her because she was wronged by one of the largest agricultural companies in the world. What happened to her wasn’t right and I wanted to help her win even though we live around 900 miles apart. She deserved justice and she got it because she was brave enough to fight and tough enough to not quit.

The moral of the story is that it is important to stand up for yourself and others. In the words of Dr. Martin Luther King, ”Injustice anywhere is a threat to justice everywhere. We are caught in an inescapable network of mutuality, tied in a single garment of destiny. Whatever affects one directly, affects all indirectly.” #Solidarity