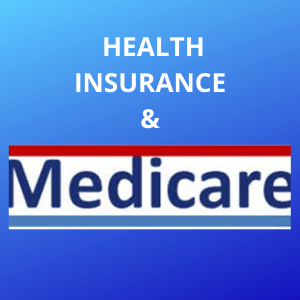 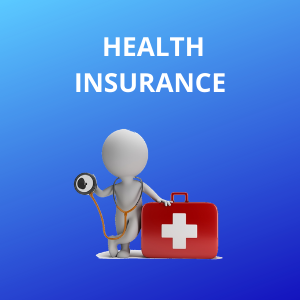 Information and links to articles about Health Insurance

High prescription costs are just one way the Big Pharma drug companies rip us off  https://www.usatoday.com/story/opinion/2019/12/16/high-prices-low-taxes-and-other-drug-company-ripoffs-column/4408143002/

“Republicans on Capitol Hill say Donald Trump may be willing to cut Social Security and Medicare if he wins in 2020, reportedly describing the potential move as a ‘second-term project’.”

Trump tells Republicans he may begin cutting social security and Medicare if he wins in 2020
‘We’ve brought it up with President Trump, who has talked about it being a second-term project’

Remember when Donald Trump said that “Nobody knew how complicated healthcare is”?

We snickered, because we’d been through the long ACA struggle some years ago with the Obama administration. In fact, it is unlikely most of us truly appreciate the confusing advantages and disadvantages or even the plausibility of universal, single-payer healthcare for all Americans. My review of recent publications on the topic was head-spinning.

When I became eligible for Medicare, my monthly health insurance premium fell by roughly 80%. It was one of the best financial events of my life. So, will Medicare-for-all do the same for Americans of all ages? Probably not. Our country would struggle to afford healthcare coverage for all citizens at the rate it currently covers seniors. That said, it seems Americans would be better off under some type of Medicare-for-all or other “universal coverage” program. How do we navigate this complex issue?

The Kaiser Family Foundation (1) has found broad support for proposals that simply expand public programs like Medicare and Medicaid, but how politicians discuss these proposals directly influences the levels of support. A common theme overall is a “desire for universal coverage,” but both sides tend to be supportive of “buy-in” options, although potential tax increases or projected delays in medical tests or treatment influence those support levels.

The New York Times (2) reminds us that “universal coverage is found in every developed country except the United States… Under current law, the government estimates that the U.S. will spend about one-sixth of GDP on health care this year, with those costs divided between the federal government, individuals, employers and state governments.” Some experts believe single-payer universal coverage would be less costly due to “gains in efficiency and scale,” but critics predict huge cost increases. One complicating factor that makes cost projections nearly impossible is the fact that patients, providers and politicians will influence decisions and actions in complex and unpredictable ways.

The biggest difference in plans, these experts say, is going to be in how much hospitals, doctors and other providers will be paid. “Pay too little, and you risk hospital closings and unhappy health care providers. Pay too much, and the system will become far more expensive.” Paying the same prices that Medicare pays now will result in a cut in pay for doctors now seeing patients with private insurance. Still, the income of the health care industry is going to have to be cut in some way to create a Medicare plan that saves money. Pay all doctors what all health insurers currently pay providers (111% of Medicare), and the cost of the all-inclusive plan shoots up by hundreds of billions of dollars.

One aspect of health care and health insurance we sometimes forget is the cost of administering the programs. Every health insurer has administrative costs; every clinic and hospital does too. Logically, if you roll all that administration into one system, duplication is avoided and costs go down; the experts agree, in general, on that point. Still, the question remains: How much will the new system cost the average citizen? We must remember that, under Medicare-for-all, we’ll see a dramatic shift in who is doing the paying: you and me, the taxpayers. And so far, “none of the proposals has included a detailed tax plan.” According to the Times, “Raising revenue would require broad tax increases that are likely to be partly borne by the middle class.”

There’s another way to look at the tax-based payment system, though, as explained by Matt Bruenig, founder of the People’s Policy Project. In an April 29, 2019, letter to the editor of the New York Times (3) , Bruenig suggests we consider the health insurance premiums we already pay through our employers (for private insurance) a “tax.” Considered that way, he says, “we already have an unfair system. Middle-class workers in America are charged the same health insurance fees as upper-class workers despite the vast income differences between the two groups, and pay more of their earnings toward taxes and health care than workers in many wealthy countries.”

Moving toward a European-style system, Bruenig says, would make our health insurance payments much more progressive: Eliminating the private health insurance premiums “would more than offset the rise in formal taxes for all but the wealthy.” The fact that we don’t call our premiums for employer-provided health insurance “taxes,” he says, “shouldn’t blind us to the best lutions.”Bruenig believes that shifting the health insurance burden up the income ladder while bringing down overall health care costs would boost the fortunes of the middle class.

We have currently been introduced to about 10 major proposals to expand Medicare or Medicaid in addition to a handful under Congressional consideration now. Some of them, such as the Sanders and Jayapal plans, transition ALL costs to the federal government: premiums, co-payments for drugs, and all Medicaid expenses. Again relying on the New York Times (4) , I found that the proposals might be compared in five fundamental ways, per the panel of experts asked to review them.

Nearly all experts favored universal coverage, some calling the question “a moral issue.” But, universality has trade-offs,” the authors say. “It’s costly… Expanding coverage to a subset of the population… will be cheaper and more politically palatable.” Ellen Meara of Dartmouth reminds us that such an incremental approach is what led us to Medicare for seniors only, Medicaid for only those who qualify, and CHIP for children only. Medicare-for-all proposals are generally not incremental.

Employer-based private coverage was probably a mistake, most experts agreed. However, they also said that plans to eliminate it now “are politically infeasible.” Offer the option to add private coverage, and you generate complexity that could drive up costs. Dr. Don Berwick of the Institute for Healthcare Improvement, a source I, personally, trust, believes one can meld work-based coverage into a single-payer system. “Employers could contribute to the single, common payment pool, as they do today to premiums for private plans,” he explained.

On the question of replacing individually purchased ACA plans and Medicare Advantage plans, the experts could not agree. Some say choice drives innovation while others suggest that choice generates inequality and complexity. Then there is the “hassle for doctors, hospitals and other health care providers” introduced by variations in approaches to quality and costs. We now have 1700+ distinct quality measures and a wide variety of billing requirements in our U.S. system due to the large variety of payers.

Most experts believed a “no premiums” approach is politically unrealistic. While they like a tax-financed system without premiums, the numbers convinced them this might not be feasible. Some say this might nearly double what the country needs to collect in personal income tax.

All but two of the Times’ panelists supported some type of cost sharing. Still, one pointed out that collecting co-payments and deductibles just adds to the administrative cost of health care. Others explained that co-pays deter excessive use of the system. What to believe?

With 20 Democrats now in the 2020 race, and everyone scrambling to create winning policies, the universal health care situation really is getting hard to follow. In addition to the expansive Sanders and Jayapal plans mentioned above, we have Medicare for America (DeLauro and Schakowsky), which covers all Americans AND continues employer-based insurance. That plan does include premiums along with funding through a tax increase, and it also includes government regulation of health care prices.

The Urban Institute’s Healthy America proposal is the next-most far-reaching program, including all of the above EXCEPT coverage for all Americans. Choose Medicare, offered by Merkley and Murphy, has been called a “glide path” to true single-payer Medicare-for all. The plan gives employers the option to allow their workforce to leave the plan they offer in favor of the new public plan.

And we have The CHOICE Act, which offers Medicare buy-in only to small employers currently eligible to buy insurance through the ACA marketplace, with workers at larger firms shut out. (I should add that, according to a March 20, 2019, Vox article (5), the current system offers a huge incentive to employers to pay health care benefits. “Those benefits are completely tax-free,” creating an uneven playing field in which “Fortune 500 companies get, in effect, a huge federal subsidy to insure their workers.”)

Medicare X (by Bennet, Kaine and Higgins) would also offer buy-in to small employers only. In fact, it would be dramatically limited in its first few years and would gradually expand to the individual market nationwide. And then there’s Stabenow’s Medicare-at-50 plan that simply lowers the age of Medicare eligibility from 65 to 50.

Are you confused yet? It could be that the most reliable statement Donald Trump ever made was that health care is complicated. We just might have to give him that.