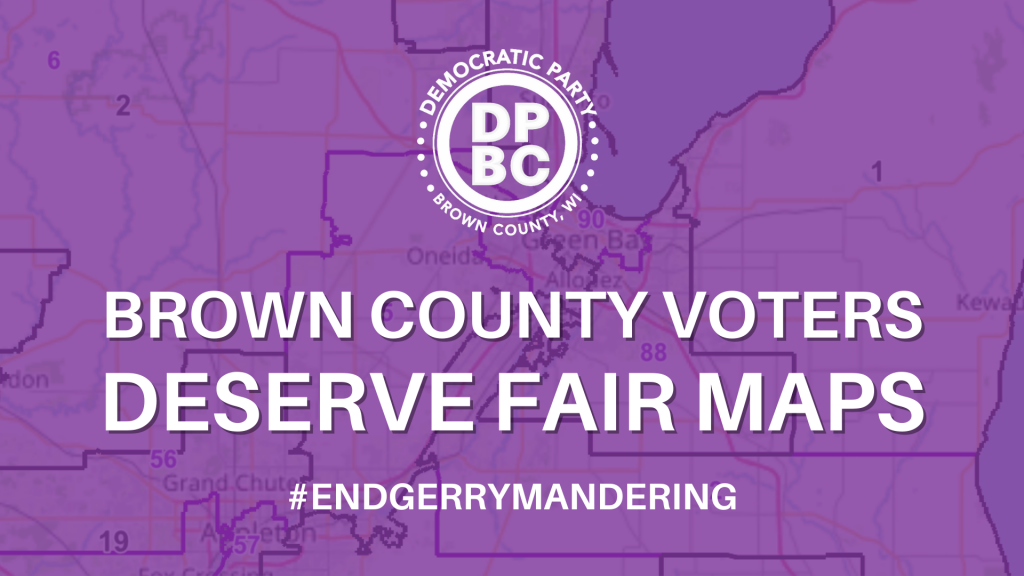 The newly proposed set of maps deepens the unconstitutional Republican gerrymander started in 2011 by making it mathematically impossible for any other party to win a majority in the Wisconsin State Legislature. Brown County districts that were marginally competitive in the 2011 maps are even less competitive in the new maps. For example, Senate District 30–encompassing parts of the Green Bay Area and Marinette—was redrawn to have a 14 point advantage for Republicans. Assembly District 88, which Democrat Dr. Kristin Lyerly lost by only five points in 2020, was redrawn to have a 12 point Republican advantage.

Brown County is one of the most gerrymandered areas of Wisconsin. Assembly District 90 in Green Bay, for example, is packed with Democratic voters. The suburbs, which lean Democratic, are carved up and lumped in with heavily Republican rural areas that stretch across several Northeast Wisconsin counties. Despite Brown County’s history as a bipartisan swing region, gerrymandering has enabled Republicans to win all but one Assembly seat in the county plus every State Senate seat.

The People’s Maps Commission (PMC), a nonpartisan redistricting watchdog created by Governor Tony Evers, also released a set of maps Wednesday. The PMC maps provide a comparison for voters to see what fair maps look like in Wisconsin.