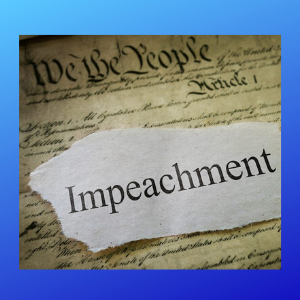 Here are the GOP defenses I have heard so far to articles of impeachment, along with the knee-jerk responses I have been shouting at my television.

Defense 1: Trump did nothing wrong. Response: Trump hit the trifecta of impeachable conduct by subverting an election, seeking foreign influence, and putting personal interest ahead of national interest. And he obstructed Congress by refusing to produce any witnesses or documents.

Defense 2: No harm occurred because the military aid went through. Response: The aid went through only after Trump was caught. In the meantime, months of delay cost Ukraine lives in its war with Russia. US credibility was harmed and moral authority to fight corruption was eroded.

Defense 3: Because aid went through, no misconduct was committed. Response: Bribery occurs upon demand for a personal favor in exchange for performance of an official act. If you offer a cop $20 to get out of a traffic ticket, even if he declines, you have still committed bribery

Defense 4: Abuse of power is not even a crime. Response: Impeachable conduct may be criminal conduct, but need not be. A president could be impeached if he watched TV all day and failed to fulfill his constitutional duty to take care that the laws be faithfully executed.

Defense 5: There’s nothing wrong with asking for an investigation. Response: If this were legitimate investigation, you wouldn’t need to send your personal lawyer and his henchmen to do it. Witnesses say Trump didn’t want investigation, just announcement of investigation.

Defense 6: There was no quid pro quo. Read the transcript! Trump’s request for a “favor” is strong evidence, corroborated by witness testimony, of months-long scheme to get Zelensky to “go to the mic” and announce Biden probe. Aid was leverage.

Defense 7: As VP, Biden held up aid as leverage to get rid of the Ukrainian public prosecutor. Response: It is appropriate for a president or VP to take action to advance the interests of the nation. Trump was advancing his personal interests.

Defense 8: Teatimony is hearsay. Response: Rules of Evidence don’t apply. Also, call summary, Sondland testimony are non-hearsay. Trump has barred direct witnesses. You can’t have it both ways. If they had information favorable to Trump, you can bet we would have heard from them.

Defense 9: It happens all the time. Get over it. Response: Trump sought foreign influence in our election and harmed national security by delaying aid designed to fight Russia, our adversary. We don’t have to accept it. We deserve better.

Defense 10: Impeachment would un-do an election. Response: All impeachments un-do elections. Constitution permits impeachment if president is unfit to serve. When rigging an election is involved, elections are ineffective for removal. Impeachment is not to punish but to protect.

Defense 11: Impeachment proceedings are moving too fast. Response: This impeachment has moved slower than Bill Clinton’s and on pace with Richard Nixon’s. For a president who presents a clear and present danger to national security, removal is urgent and can’t come soon enough.

Defense 12: We need to hear from the whistleblower. Response: The whistleblower was a tipster, whose tip led to the investigation. Tipsters do not testify at trial, the witnesses do. We have a duty to protect whistleblowers to encourage them to use proper channels to report abuse.